Another Cupcake box and favors bags

Here's another cupcake box I decided to make. Trying to use up my scraps and actually making good use with them too. This box is actually bigger than I wanted but that's okay I'll just have to make bigger cupcakes. I will probably make the box smaller but this box is a 4" square and is about 3.25" tall. I made some red velvet and yellow cupcakes this past weekend and they turned out pretty good that everyone loved it. I didn't get a good picture of the cupcake but its in there. I also used the SU butterfly punch for the top of the box. I actually had fun making the cupcakes and practicing with decorating the frosting on top of it. 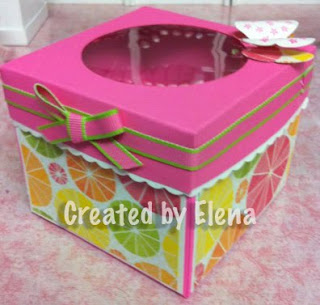 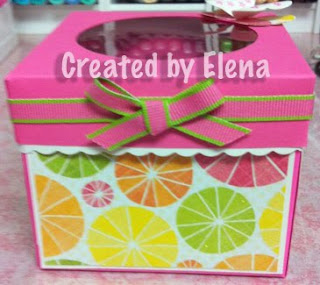 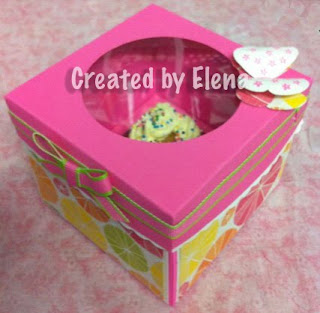 Ok here are the favor boxes that I mentioned yesterday that I was going to post. I made several different favor bags to fit some door prizes in them that I was giving out at my craft class this past weekend. It was fun making them and yes you might say that I got carried away. Some of the pictures may be blurry as it was getting late and I was probably rushing when I took them. Sorry that I don't have any dimensions for any of the favors. I was cutting and scoring them according to the prizes that I had and did not even measure them after it was done.
I know this is a long post but Thanks for checking out my posts today and hope you all "Have a Great Week". 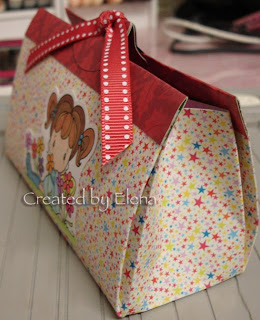 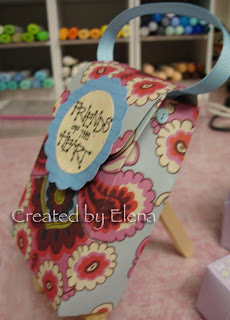 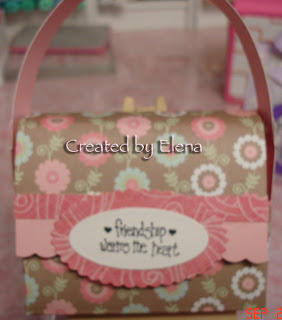 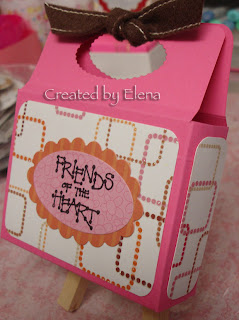 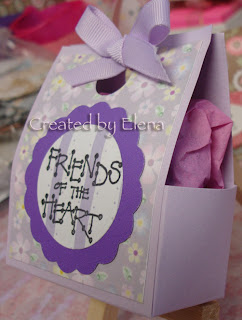 wowie Elena! such fabulous and so many creations! gotta love those 3-D ones! they are my fav! have a good week!

Love all of your creations. They are so cheerful and sweet. Thanks for sharing!!!

Wow Elena, what beautiful creations! I'm just catching up with others' blogs and it's always a pleasure to visit yours.